Continued from Part I.

As the campaign starts in one week, it's time I came up with some more maps. First of all is, of course, the hex map the PCs need to fill out as they explore the region: 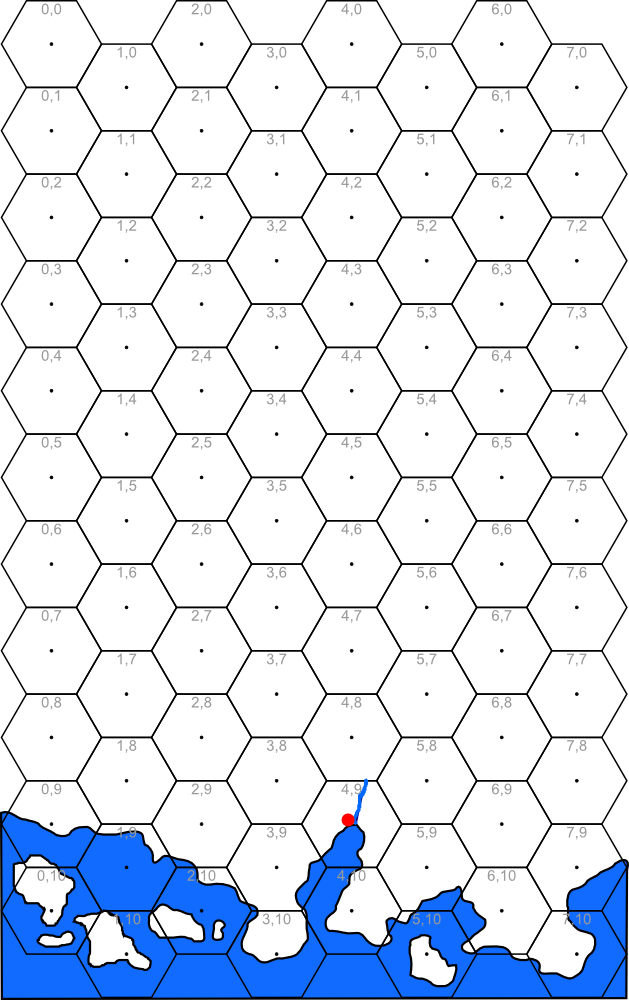 The coastline itself is known - but what is truly within each hex is left for the PCs to discover. Each hex is 12 miles from edge to edge and 10.4 miles from side to opposite side - so this grid represents roughly an area of 72x114 miles. And to give the PCs a better grasp of the larger geographical layout of the continent, I've prepared the following map: 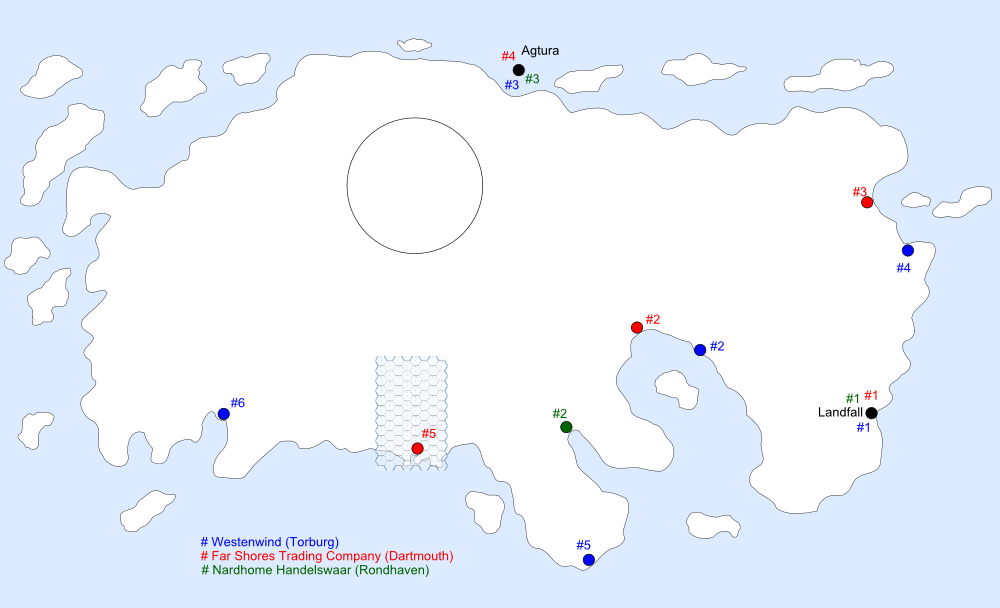 In my original vision for the continent, I wanted to make it much larger, but for the purpose of this campaign I decided otherwise - this is already a very large region for exploration, and I wanted to give both the PCs and their rivals a chance to reach the heart of the continent, which is the circular crater shown on the map (a circle which is not included in the map I will send to the players).

As for the locations shown on the map, Agtura is the largest native settlement in the area - a city (pop.: 75,000 people) built on floating, magically enchanted ice. Landfall is where the original settlers from the Norrfjell Wastes and the Flannish Cities landed, and represents the largest colonial settlement (pop: 30,000 people) with many minor settlements radiating out from it.

In the modern age, trading companies based out of the major port towns of the Flannish Cities have established a number of trade outposts on the shores of the continent. All of them have outposts in both Landfall and Agtura, of course, but beyond that they are scattered far and wide. The PCs will, of course, start at Trade Outpost #5 of the Far Shores Trading Company, to the south of the crater. A smaller version of the hex grid has been added to this area for size comparison purposes.

Note: A list of all Urbis-related posts can be found here.
Posted by Jürgen Hubert at 11:38 PM