Sunken Castles, Evil Poodles - what German folklore can do for your game

I've written about German folklore before, especially about the legends of the Fränkische Schweiz mountain region. But it has been a few years and my attention wandered elsewhere.

But last year I found this page at Wikisource which lists a massive number of old, public domain collections of German folklore tales - and realized that the vast majority of these tales have never been translated into English. Thus, I decided to start translating them myself, which culminated in the creation of a Patreon campaign in early April: 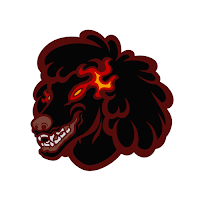 
All translations are published under a Creative Commons Zero license and thus can be used and copied by anyone without any restrictions, even for commercial purposes. I have posted new translations and commentary of more than 1,000 on a weekly basis since then, and currently maintain a buffer of material sufficient for the next three months. Additionally, I am developing a Google Map layer which displays the locations of these folklore tales:


I am confident that I can maintain this pace for the foreseeable future... so now it's a good time to consider how I can use all this in gaming products. For one thing, gaming will always be my first love when it comes to hobby projects - and for another, folklore-themed gaming products could create some additional revenue and channel folklore-interested gamers back to my Patreon page.

The lowest-hanging fruit would be Dungeons & Dragons 5th Edition... or rather, the 5E d20 Rules. It's popular, it's everywhere, and the license is not overly complicated. The following options spring to my mind:


Another option which I am considering is the newly-released Scion 2nd Edition, a game where the myths of old faded into the background, but never completely left. The "All Myths Are Real" premise of the setting would surely apply to German folklore, and it would be fascinating to explore how these stories interact with both the Gods and their children, and modern-day Germany. And since historically Germany sat at the crossroads of Nordic, Slavic, Roman, and other pantheons before the rise of Christianity, it should be a fertile ground for the adventures of the children of the Gods.

The upcoming Storypath Nexus, a "Community Content" program like the Dungeon Master's Guild for D&D, would provide the opportunity for publishing material for the game. I'm envisioning a series of essay collections similar to short magazines - perhaps 20 pages each - exploring facets of Germany and German folklore as they apply to the setting of Scion, which can be used either by entire chronicles set in Germany, or for shorter stories that visit the region and its associated Otherworlds.

A third possibility would be creating a supplement for the Zweihander RPG, a retroclone of the first and second editions of the old Warhammer Fantasy Roleplay game. To be honest, I haven't paid too much attention to Zweihander until recently, but people have been saying good things about it and I do have fond memories of WFRP. And as its flavor is strongly inspired by Renaissance-era Central Europe (with extra doses of Grim and Gritty), German folklore would be a perfect fit for its Community Content program.

What other possibilities do you see for using German folklore in gaming products?

Posted by Jürgen Hubert at 9:01 AM