Let me take a break from detailing the Cold Frontier to explain how I've modified the GURPS rules for travel so that they fit the "hexcrawl" approach of this campaign. Starting point were the rules for Hiking on page 351 of the GURPS Basic Set as well as the Pathfinder Sandbox Exploration Rules. The GURPS rules assume that a character under ideal conditions can march a distance of 10 miles times his Move - which is 5 for a "normal human", so normal, unencumbered humans can theoretically march up to 50 miles per day. This can be increased by 20% with a roll against the Hiking skill, but is reduced for encumbrance, difficult terrain, weather and so forth.

For my system, I started with the assumption that the characters spend 12 hours "on their feet", though minor breaks are included in this time. Whenever the characters start hiking - either because it is a new day or because the conditons are changing - they should first calculate their "theoretical" daily distance, based on terrain, weather, Hiking skill and so forth - but excluding any forced marches. Then they can look up on the following table how far they get in a certain number of hours - or conversely, how many hours they need to travel a certain distance. 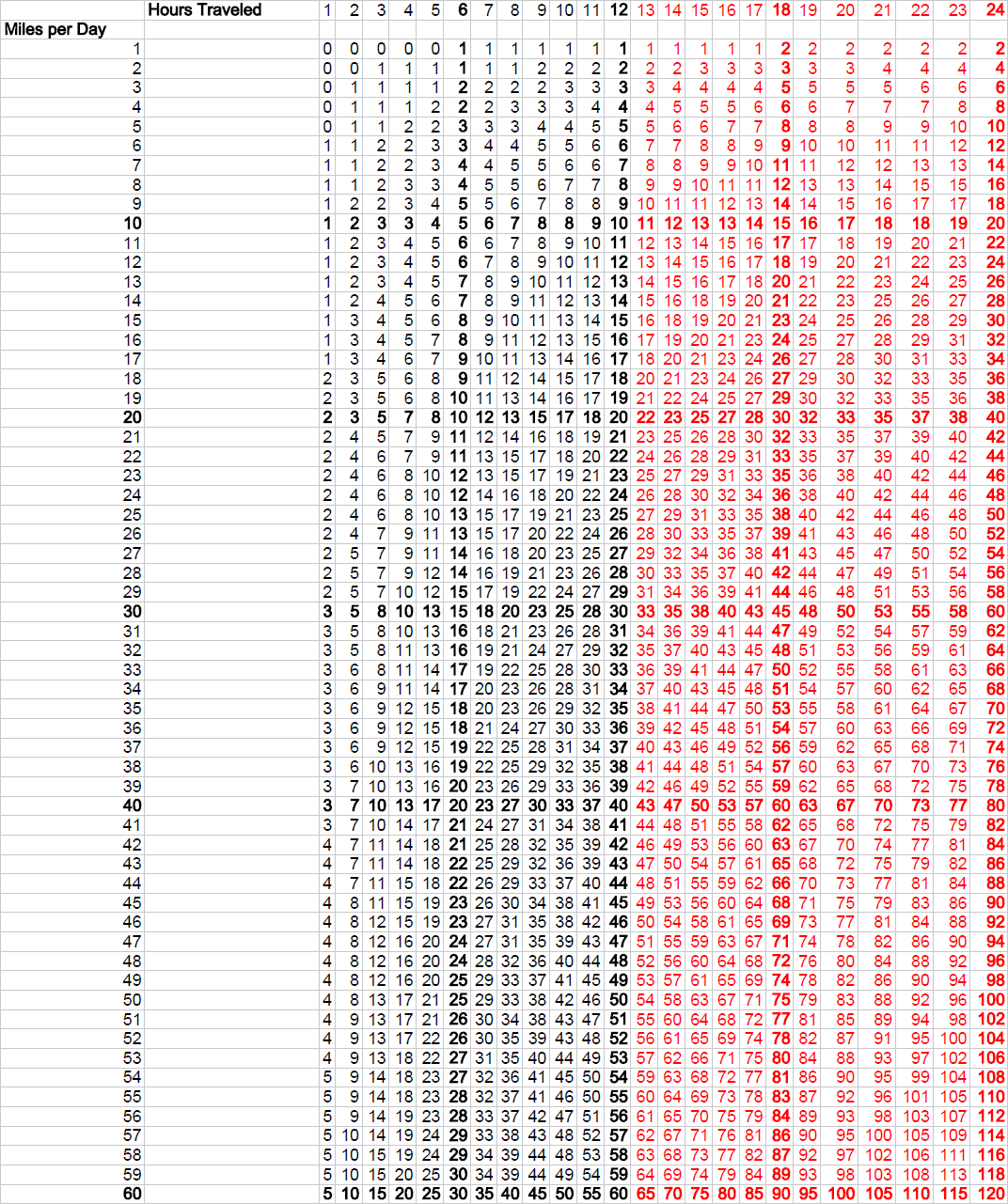 If they do a forced march (i.e. attempt Extra Effort while hiking, see GURPS Basic Set p. 357), first calculate the "Miles per Day" without that bonus and then simply assume they continue to march beyond the first 12 hours until they have reached the maximum distance.

So, how far do they actually have to travel to get anywhere? Well, the hex fields used in the campaign are about 10.4 miles from side to side, which means they will have to travel about 10 miles to pass through a hex (even if their goal is not directly opposite to theirs): 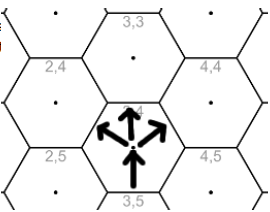 It takes about 5 miles to get from a side to the center (or "any interesting location", for simplicity's sake) and vice versa. Finally, to properly "explore" a hex for the purposes of the campaign the characters need to travel about 20 miles, criss-crossing the area, until they can finish cartographing it. After doing this, they can choose to finish at any side of the hex, or in its center.

But these are only the base distances, which can increase if the group's navigator fails their Navigation (Land) skill roll. A Navigation roll needs to be done when the group enters a hex, with the following penalties:
If the Navigation roll is failed, the actual distance the group needs to travel is increased:
On a critical failure, the group is also lost and end up at a random adjacent field after finishing their movement. Attempts at exploration automatically fail.

If the PCs have attempted to explore the hex, they can attempt a Cartography roll - unmodified if the Navigation roll was successful, and with a penalty equal to the Margin of Failure if it was not. If the Cartography roll succeeds, the hex counts as "explored". If it fails, the group has to explore it again, although both Navigator and Cartographer get a cumulative +2 bonus for each immediate further attempt. On a critical failure, the hex still counts as "unexplored" but the group doesn't realize this - and gets a further -3 penalty to future Navigation rolls in that hex (in addition to the -2 for "unexplored").
Posted by Jürgen Hubert at 8:58 AM