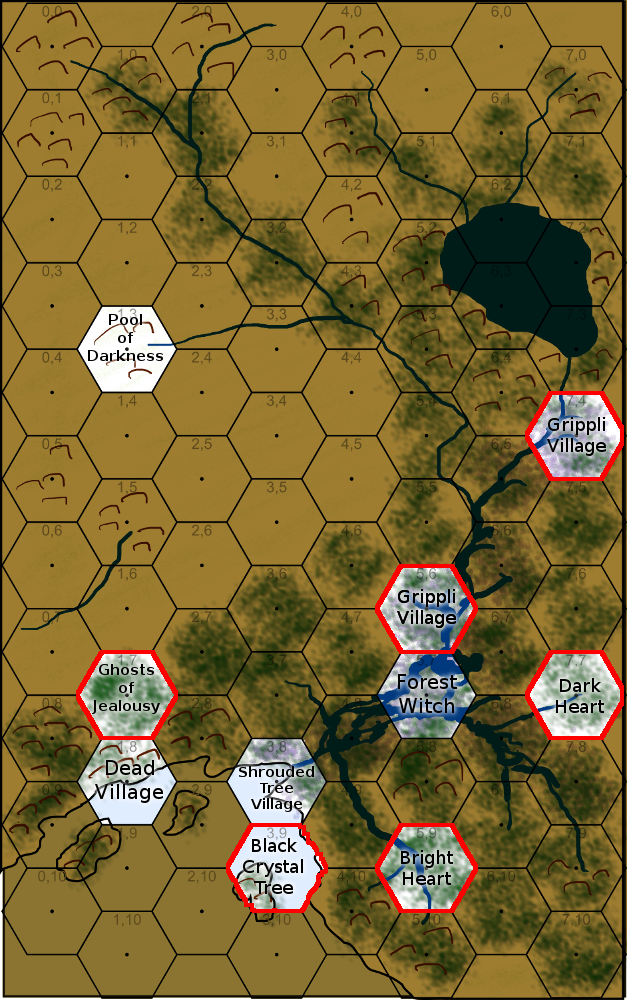 The First City colonists did a lot of experiments with the Mothman artifacts they discovered. Among others, they wanted to study the long-term effects of the Mothman soul manipulation technology on life forms. For this purpose, they altered two soul collectors and buried them within the swamps with many protective enchantments, one of them aspected towards Life, and the other one towards Death. These now form what the locals call the "Bright Heart" and the "Dark Heart" of the forest. The former is abundant with life and growth, while the latter has attracted death and decay. Shamans use these for some of their rituals, but so far no one has discovered the reason for the existence of these spots.

Two tribes of grippli dwell within the swamps, each numbering about 400 of their people. They and the human tribes of the area - who call them the "Frog Folk" - regard each others as enemies and will not hesitate to kill each other on sight if given the opportunity, but they are not inherently evil and might be willing to negotiate with obviously non-human looking characters.

On the island south of Shrouded Tree Village, the Mothmen constructed another Black Crystal Tree - one of their "weather stations"/listening posts. The villagers are aware of the construct, but rarely see reason to visit it.


Note: A list of all Cold Frontier-related posts can be found here.
Posted by Jürgen Hubert at 3:32 AM