I had a rather lengthy train trip today, which gave me plenty of time to draw some quick map sketches for my Cold Frontier campaign.

First, a map of the Spire City Ruins, which I have mentioned here - basically, this used to be a major trade town at a location where two large canyons merged into one. Each direction had its own cliff side settlement - now fallen into ruin - and these settlements are connected by vast bridges (still maintained to this day by spirits bound into them) which meet at a central fortress carved out of a tall spire. 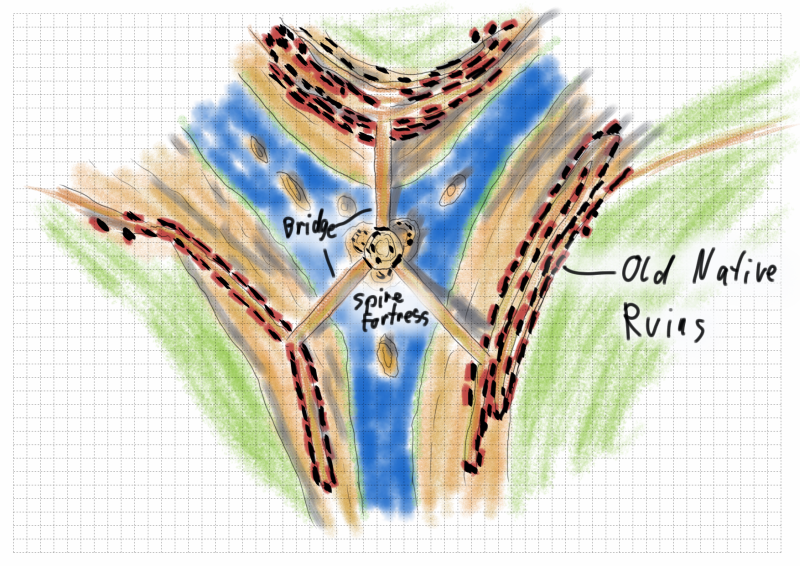 The next map is of the heart of the continent - the central crater where the God Chamber is located, and thus the location of the center and finale for the whole campaign! Obviously, the PCs won't get there for a long, long time - but it doesn't hurt to plan ahead, does it? 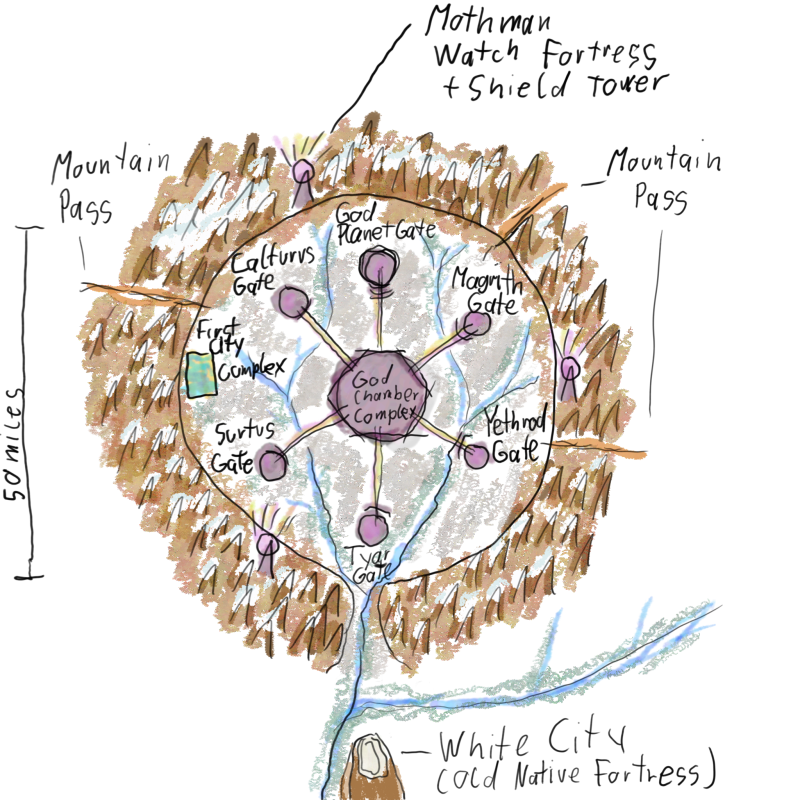 Note that the individual sublocations are not necessarily to scale. I am currently doing a lot of brainstorming for this location elsewhere - so stay tuned!

Note: A list of all Urbis-related posts can be found here.
Posted by Jürgen Hubert at 10:29 AM